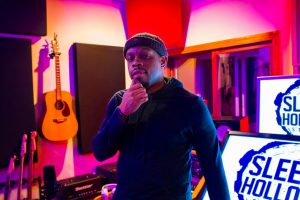 Not to be confused with “the Strongest Man In The World”, Mark Henry, pka Mark Henry Beats, is a producer/songwriter from Washington D.C. known best for his work with Kendrick Lamar, Nicki Minaj, Snoop Dogg, Rick Ross, Wiz Khalifa, and Fabolous to name a few.   Mark Henry started producing in 2003 and soon worked his way onto tracks with DC area heavyweights such as Wale, Raheem DeVaughn and Dave East.   Other credits over the years include Fat Joe, Raekwon of Wu Tang Clan, Marsha Ambrosious, The Game, and Scarface.

More recently, Mark Henry has begun developing artists of his own and has been instrumental in jump starting the burgeoning careers of Abir Haroni and Lyquin, as well as working with his first artist – ANNA MVZE.  Whether you need a catchy pop record, a thorough hip hop beat, or a beautiful R&B arrangement – Mark Henry can handle it with ease.